Confirmation is the Perfection of Baptism 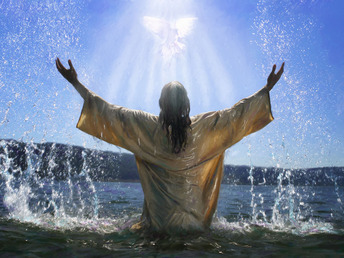 Although, Confirmation is usually received as a teenager, several years after making First Communion, the Catholic Church considers it the second of the three Sacraments of Initiation (Baptism being the first and Communion the third).  Confirmation is regarded as the perfection of Baptism.

Confirmation has been delayed until a Baptized infant could reach
some understanding of these things—at least until the age of reason (about
seven) and often until adolescence.  The Spirit is the power to
raise our voices in witness! Witness in the early Church often meant
putting life on the line. From "witness" comes the word martyr.
Believers are still dying for their faith all over the world.  But today
witness refers to vocalized faith. It is an enthusiastic testimony to what our Lord has done in each of our lives.

The Minister of the Sacrament of Confirmation 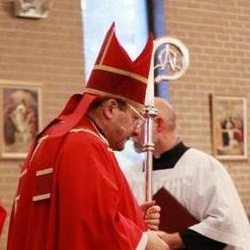 As the Catechism of the Catholic Church points out, "The original minister of Confirmation is the Bishop." Each Bishop is a successor to the Apostles, upon whom the Holy Spirit descended at Pentecost—the first Confirmation!

The Acts of the Apostles mentions the Apostles imparting the Holy Spirit to believers by the laying on of hands (Acts 8:15-17 and 19:6).
A Confirmand must be in a state of grace, and should participate in the Sacrament of Reconciliation before Confirmation.